Noah practices in the areas of labor and employment law, representing private and public sector labor unions and their members in administrative and civil proceedings. Noah has successfully represented unions and union members before the National Labor Relations Board, Oregon’s Employment Relations Board, in federal court, in grievance arbitrations, and before state licensing agencies. Noah is also an accomplished mediator, having mediated over 75 disputes in various settings. He came to our firm after serving for over two years as a law clerk for the Honorable Paul Papak in the United States District Court for the District of Oregon. Noah has a background in a number of social justice movements, advocating for the rights of low-income seniors and people with disabilities, immigrant survivors of domestic violence, families involved in the child welfare system, and indigent criminal defendants.

Congregation Neveh Shalom (board of directors) 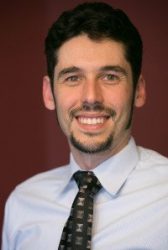 Menu
The information provided on this web site is offered for informational purposes only. It is not offered as legal advice and does not constitute legal advice. McKanna Bishop Joffe, LLP does not seek to represent you based upon your visit to or review of this web site. This web site may be considered advertising under the Oregon Rules of Professional Conduct. You should not make legal hiring decisions based upon brochures, advertising, or other promotional materials. Copyright 2022 – McKanna Bishop Joffe, LLP Site credit